Other Types of Love 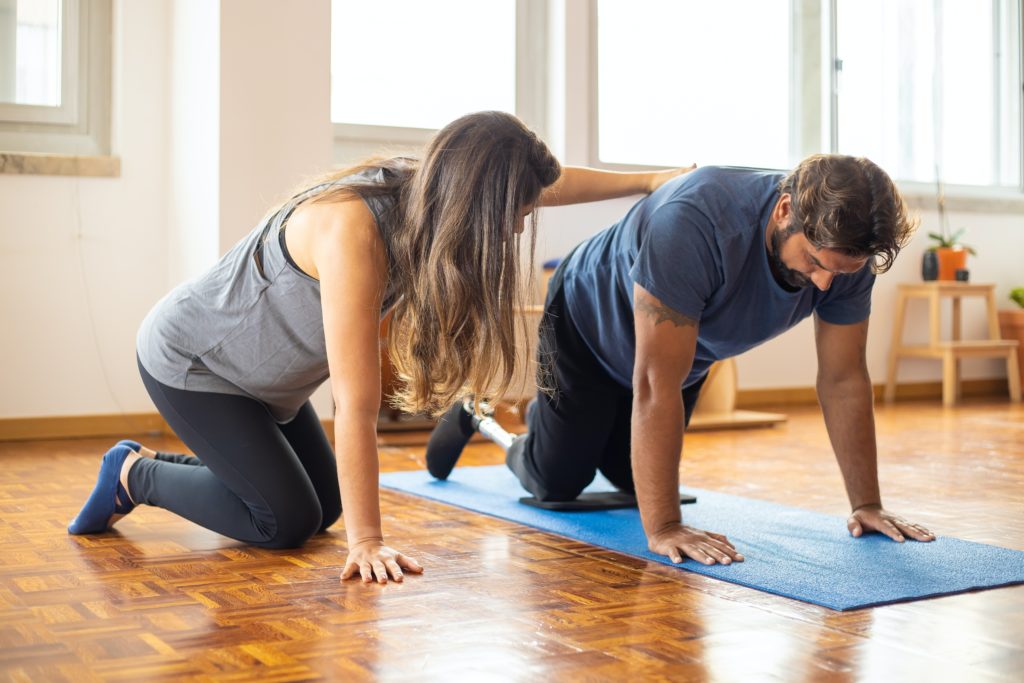 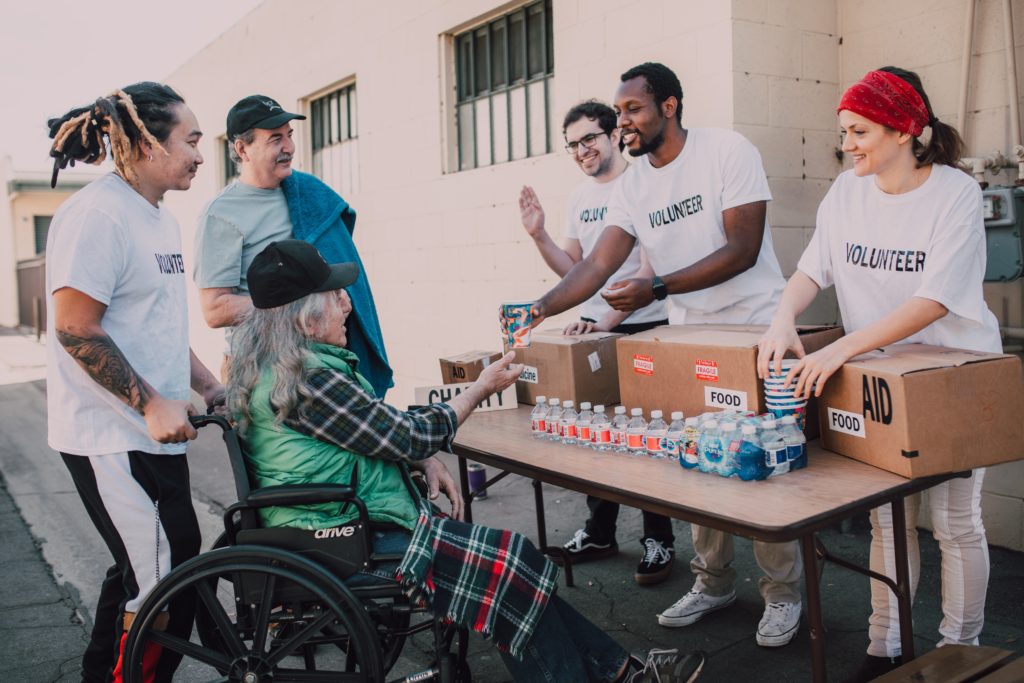 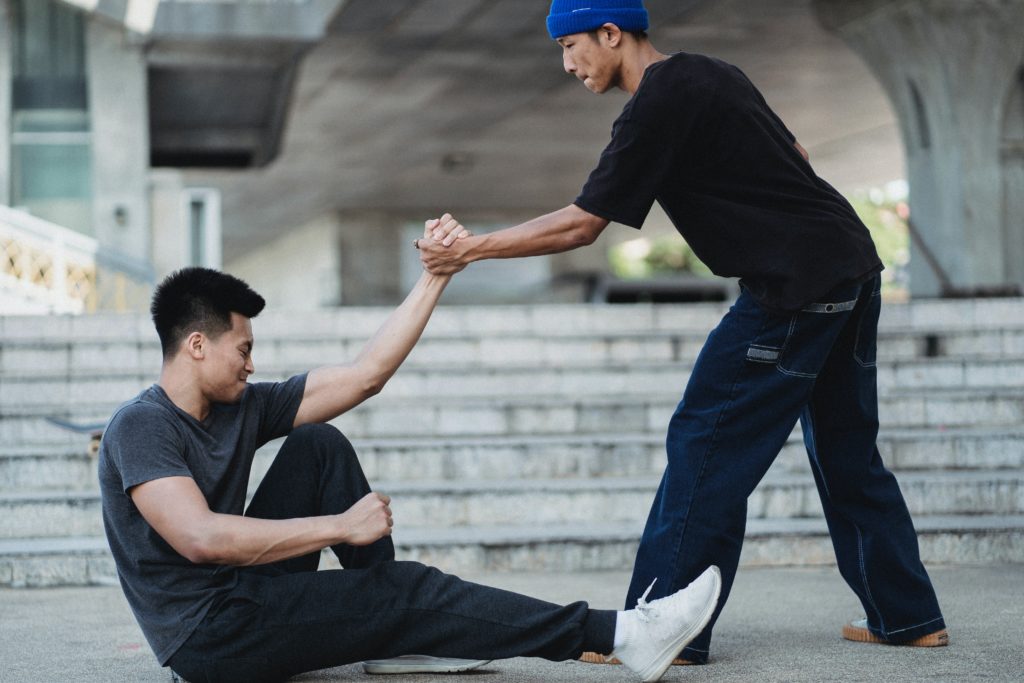 For clarification: by others we mean people who are neither family or friends. For instance:

“You can easily judge the character of a man by how he treats those who can do nothing for him.” — Malcolm S. Forbes

Understanding and empathy are difficult yet vital parts of love

Why are so many people afraid of people they don't know, or people from different places, cultures, color and beliefs?

To be clear: It is, to a certain extent, perfectly normal to be skeptical and somewhat uneasy about things you don't know – for some more than others. It's in part because of your natural instinct to protect yourself.

And yes, there certainly are people you should try to stay away from: crazy people, mentally sick people, and some who are just so “far gone” that there really isn't much hope for them. This doesn't mean you can't try to help those people – and it's a good thing there are people and organizations that specialize in helping exactly those kind of people – but in general you should be careful, as the aforementioned types of people are oftentimes unpredictable.

One thing to keep in mind, however, is that none of these people were born like that (except the ones who are actually born with some form of defect or sickness). No matter how crazy (for lack of a better word) they might be today, they probably had similar hopes and dreams as you when they were young. Everyone, whether they admit it or not, wants to be loved. Those people didn't become who they are today because they wanted to. Every experience in their life – from the moment they were born to the present day – made them who they are.

As an (extreme) example: think of someone who grew up in a country of war. Their parents were murdered when they were little, they experienced a hard life growing up, barely survived, and now want to avenge their parents’ death.

Nothing of what happened when they were little was this person's fault. (And about the things that person did get wrong along the way: everybody makes mistakes. Everybody.)

“But now this person is an adult and they're responsible for their own actions!”

Absolutely true. And just because someone got mistreated or went through a lot of pain and suffering, doesn't mean they now have the right to do the same to someone else or expect to get something in return. It sucks, but that’s life.

Think about it: Someone bumps into you on the street, yells at you and walks away without apologizing, and you KNOW this person has just lost their job. And because you UNDERSTAND why they are so angry and desperate, can you really be upset or mad at them? Weren't there times in your life where you felt so unhappy that you did something out of anger, fear, desperation, that you ended up hurting someone else – mentally or physically? Wouldn't you feel loved if you yelled at someone close to you – like your partner, relative, friend or colleague – because of your unhappiness, and they would try to comfort or help you, even though you just attacked them?

That’s not an easy thing to do. And that is why love, real love, is so hard.

But what are the benefits of loving others?

In the best case there are two people (or even more) who benefit: one is the other person (or several people), the other one is you.

Quite obviously, if you love the other person, they will benefit from it.How muchthey benefit from your love depends on what you are able to give them. Whether you hold the door open for someone, listen to your colleague complain about their partner, give money to a homeless person or charity, or explain your classmate the math problem. Of course, giving someone one dollar as opposed to your car for free (because they desperately need it), makes a difference. But in both cases you’re helping someone. You give what you can, even if it’s just lending them your ear for five minutes so they can vent. Even small things can go a long way and you might never know how much you helped someone just by doing them a tiny favor.

How did you feel the last time you did something for someone? Didn’t it make you feel good?

One of the potential benefits of loving others is that it makes you feel good. It feels good when someone thanks you for your time, smiles when you listen to them (because you give them your attention), and even when you get no reaction whatsoever from someone, you still feel happy about helping them.

Note: There is a fine line between helping someone and being taken advantage of!

Another potential benefit – although it’s not necessarily something you should aim for or expect – is getting something in return. One hand washes the other. Today you’re doing a favor for someone, sometime in the future that person will return the favor. There is no guarantee for that and oftentimes the favor is never returned, but in some cases it might.

While loving others can benefit both the other person(s) and yourself, the emphasis should probably be on the other. Loving them without expecting anything in return is the highest form of love, also known as unconditional love.

Some ideas to make you think

What exactly does it mean to “love others?” While we don’t really have a definition for you, something like this might come close: To love others is to respect and appreciate them for who they are and have their well-being at heart.

Sounds simple enough, doesn’t it? Is it though? Why do you think there is so much hate, anger, and even killing going on in the world? If you truly accepted someone for who they are – even if all their beliefs were the complete opposite of yours – could you hate that person?

Put another way: Do you think it’s okay to hate someone because they believe in a different political party, sports team, or religion?

If someone likes a different sports team than you, or has a different taste in music, it might not be too difficult to accept them for who they are. But what if someone voted for the “wrong” political party or worked in a position, where they do bad things to people or animals – like a butcher? Or you know that they mistreat their partner – both mentally and physically. In this case it’s a lot more difficult to accept that person for who they are.

However, is such a person really a badhuman being, or is it because of their life’s circumstances that they became this way?

Is there perhaps something awful you have done in your life and even feel ashamed about and wish you had never done? Are you, therefore, a bad person that doesn’t deserve to be understood and loved?

Just something to think about. And maybe next time, before you judge someone for their actions and behaviors, perhaps take a moment to think about whythis person is the way they are.

What is your experience about loving others? How have you helped others, or have you benefited from help that you received by other people?

Please log in again. The login page will open in a new tab. After logging in you can close it and return to this page.